Tuesday was Free Cone Day at Dairy Queen. They gave away one free vanilla ice cream cone to each person at all locations. I randomly found out at the last minute on social media so we decided to take a quick trip to the boardwalk to check it out! 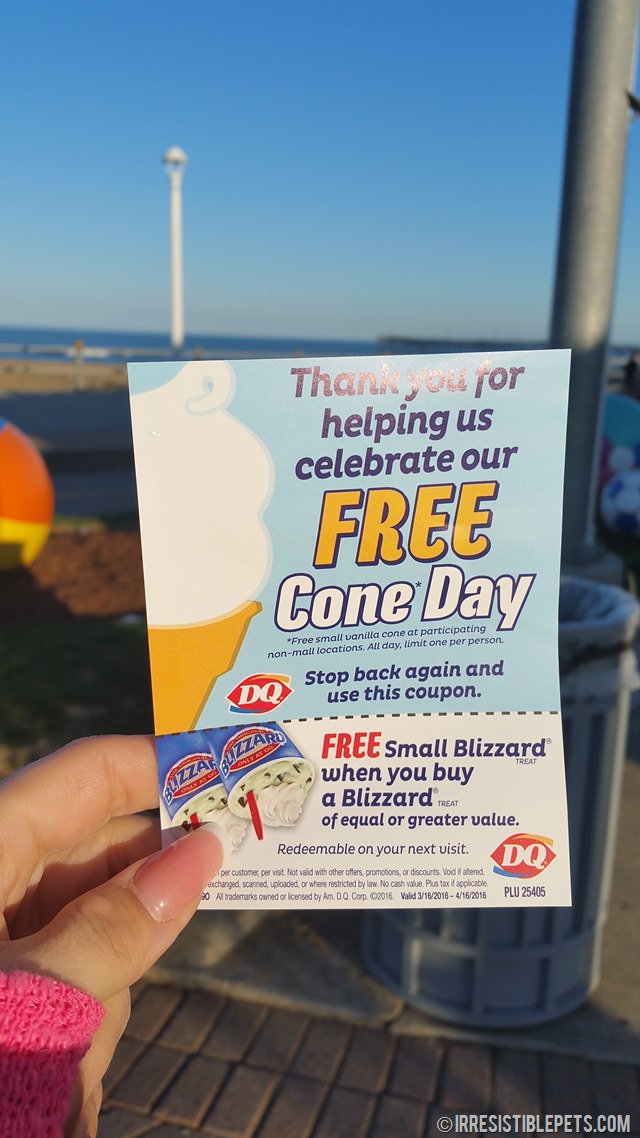 I love the Dairy Queen here in Virginia Beach on the boardwalk. It’s right on 17th Street & Atlantic Ave so it’s central to just about everything. In the summer this place gets crowded! What is better than enjoying ice cream on the boardwalk with your Chihuahua?! 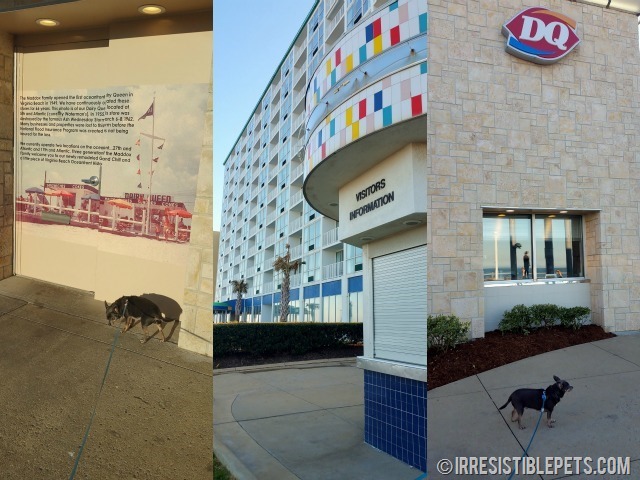 I went up to the window and asked for two vanilla cones for my husband and I.  I was over the moon when the cashier asked “Would you like one for your dog too?”

Um, of course! Chuy got to pick a cup instead of a cone! I had no idea Free Cone Day was for dogs too! 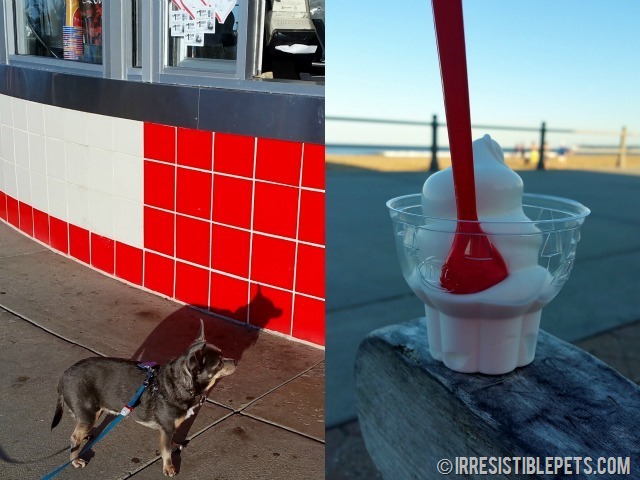 Dairy Queen actually has a “secret menu” for dogs at some locations. Did you know you can order a Pup Cup? I’ve never done this before but we’ll definitely be back!

Even though the ice cream cones were free, you could give an optional donation that goes to the Children’s Miracle Network. Of course we did that and we made sure to sign Chuy’s name too!

People giggled as they walked by and saw Chuy on top of the table licking his ice cream! 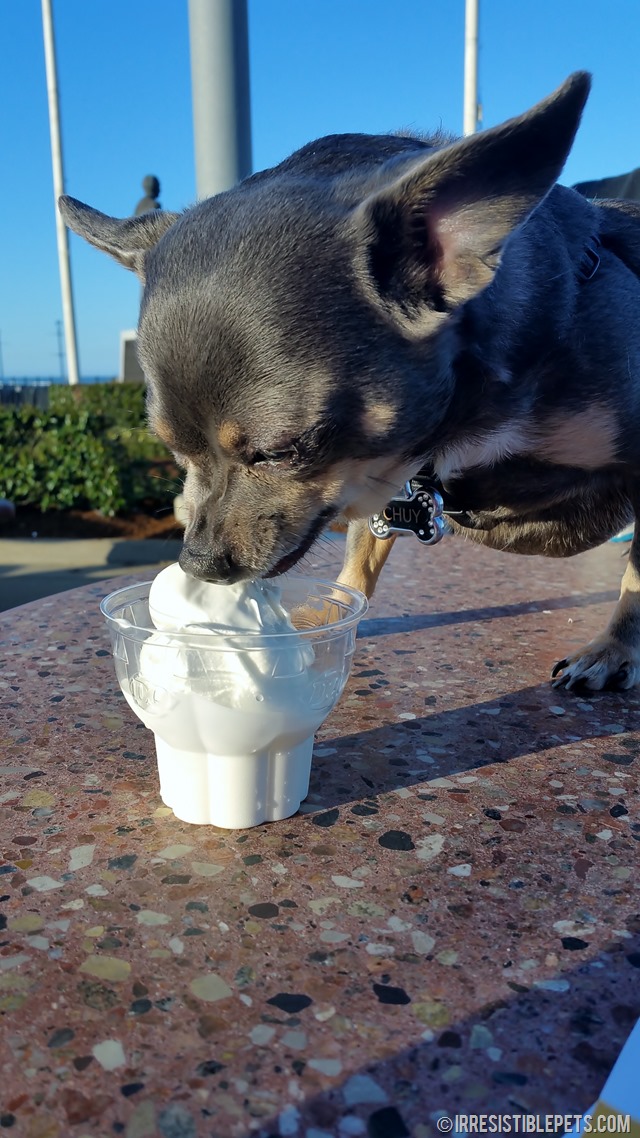 Chuy enjoyed the ice cream as you can see from this pic! Notice the evidence all over his chin?! It was a lot of ice cream so I didn’t let him have the entire thing. Plus, it was a little chilly out and chilly weather + ice cream= a shaking Chihuahua! 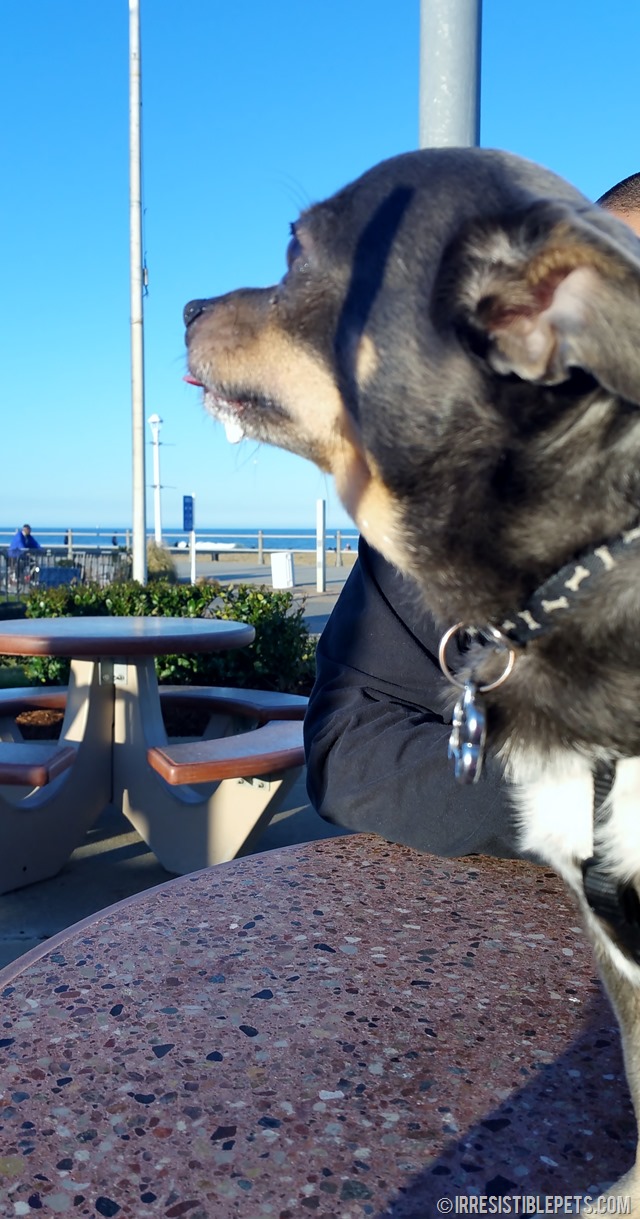 It’s the simple and unplanned days like this that I love the most. That’s what an irresistible life is all about! 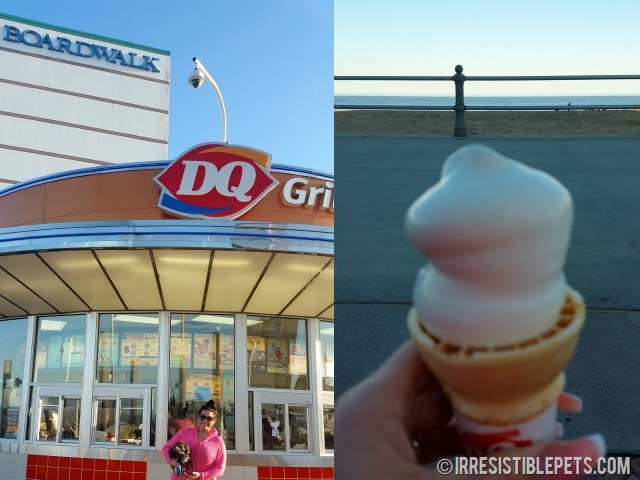 Thanks for stopping by and letting us share our day with you! Has your dog ever had ice cream or a Pup Cup from Dairy Queen? Leave a comment down below and tell us all about it!