In December, Chuy was diagnosed with Conjunctivitis, otherwise known as Pink Eye. We noticed that his eyes had been draining with a thick, yellowish color. The vet did a test on Chuy for corneal ulcers, which came back negative so they determined it was pink eye. We were sent home with some eye drops that we had to give him twice a day for two weeks. Let me tell you, that was not fun to do!

Here are some pics of the drainage he had around his eye. This was a few days after starting the drops. 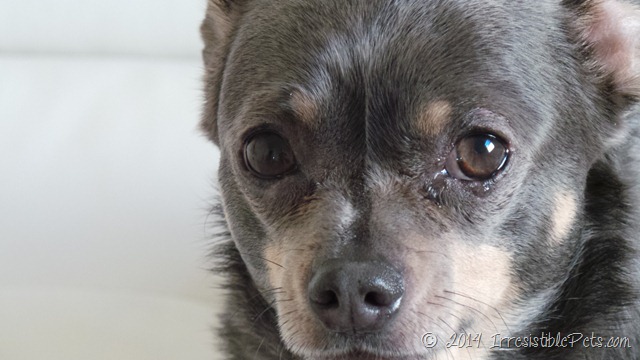 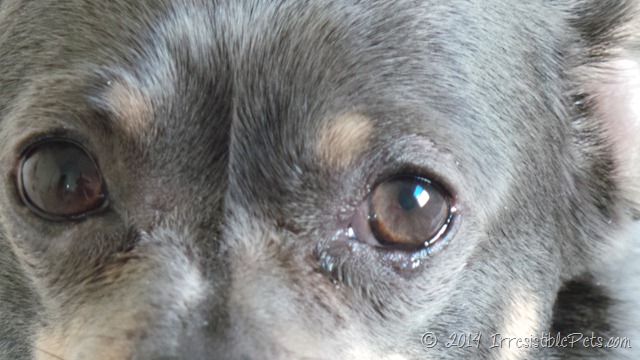 During this time, we noticed that a small bump popped up over his eye, which you can sort of see in the pic below. We assumed it was part of the pink eye. Everything seemed to clear up by the end of the two weeks. However, I’m starting to think this was all connected to what’s going on now. 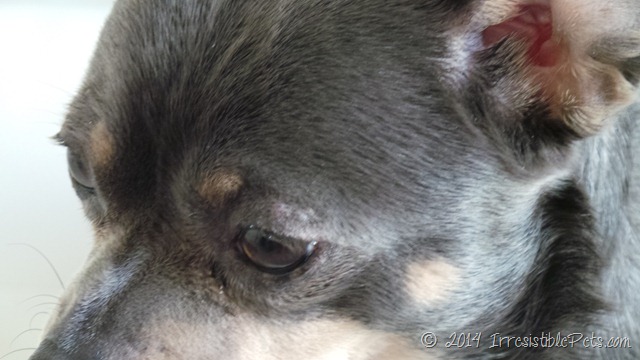 Just last week, I noticed that he had a new bump over his other eye. There’s also a few patches of missing fur across his face. After a couple of days I noticed that it must have popped because there was dried blood, which you can see in the pic here: 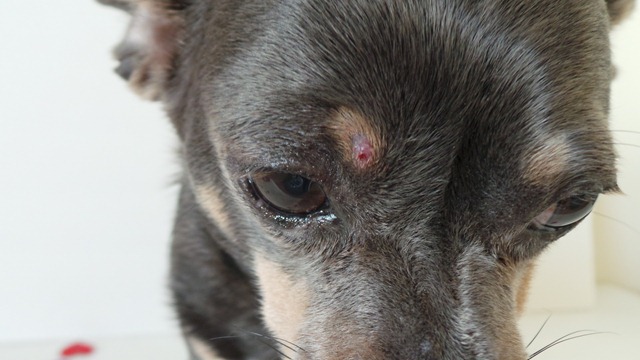 Chuy didn’t show any signs of discomfort or itching. He seemed perfectly normal, minus the bump and missing fur. I made an appointment with a new vet to see what is going on.

The vet said that it appears Chuy appears to have a case of Canine Bacterial Dermatitis and it probably got infected.

Dermatitis is a general term that refers to inflammation in the skin. In dogs and cats, dermatitis may be caused by yeast or bacterial infections in the skin.

He was given an antibiotic to make sure it kills the source of the bacteria under the skin, which we have to give him twice a day until it runs out. The bump should clear up over the next week and within 2-3 weeks, the fur should start growing back. The vet said that if it doesn’t clear up in a week, then the next step would be a biopsy. However, she doesn’t think this is anything serious because Chuy appears to be extremely healthy.

I’m just thankful that it’s not anything serious and that we’ve now found a really awesome vet that seems to legitimately care about Chuy. I’ll keep you posted on Facebook and Instagram on how Chuy is doing.

Here’s a few more pics of Chuy’s bump that I took while shooting our Be My Green Heart DIY. 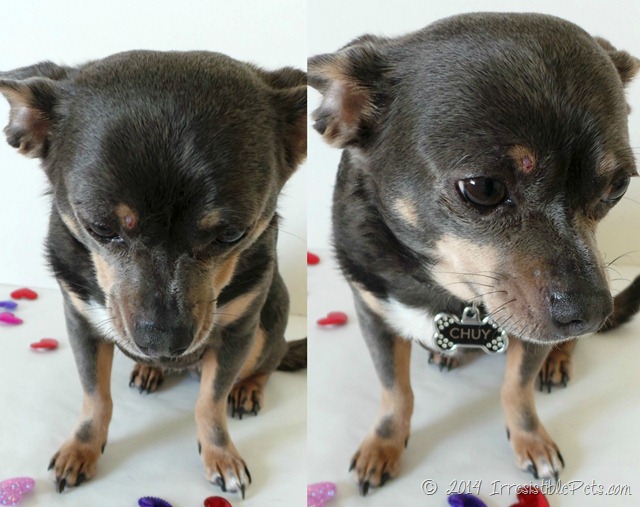 Thanks for all the warm wishes you sent us the past few days!! We really appreciate it! xoxo