This past weekend we ended up with temps in the 80’s! I was itching to get outdoors to take advantage of such beautiful weather in the middle of winter. We loaded up Chuy and Catalina and headed to the Norfolk Botanical Garden. 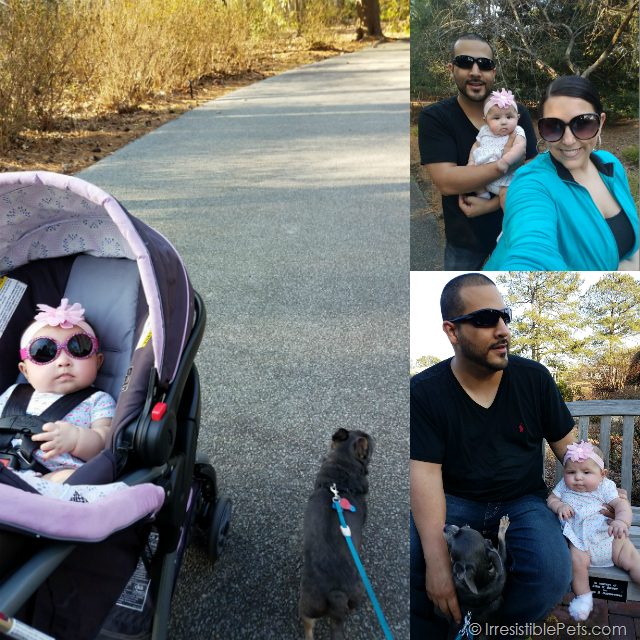 During the month of February, the garden is dog friendly! It’s a $5 fee to bring your dog but it’s totally worth it. I had never been to the Botanical Garden during the day. I’ve only been at night during LanternAsia and the holiday lights. 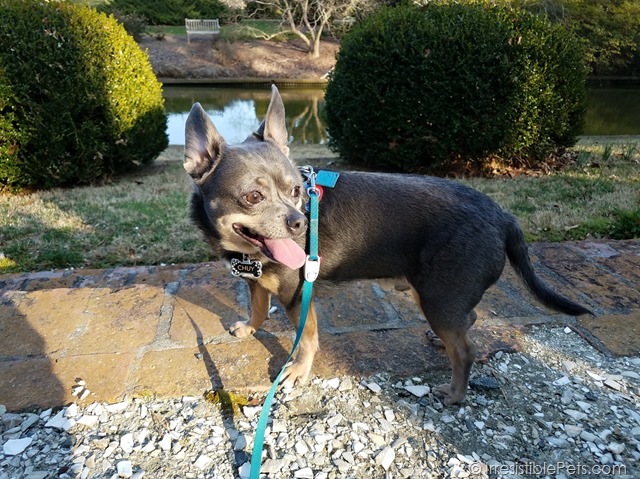 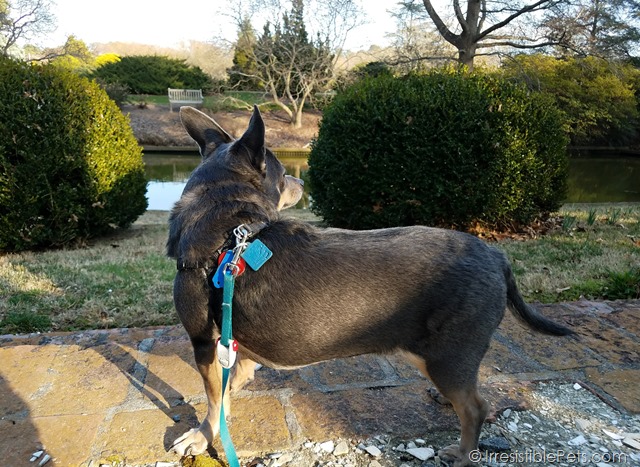 There are over 12 miles of walking trails. We definitely did not walk all of that! Although I did get over 10,000 steps on my FitBit! There weren’t as many pretty flowers or working water fountains as I would like but I think that has a lot to do with the season.  I’m sure it looks totally different in the spring. There were a few flowers in bloom which you can see here: 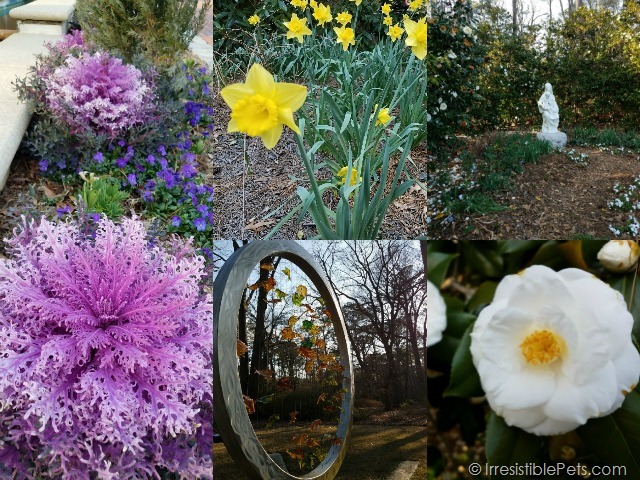 Part of the garden winds around a lake and there’s a wooden walkway that goes right along the water. 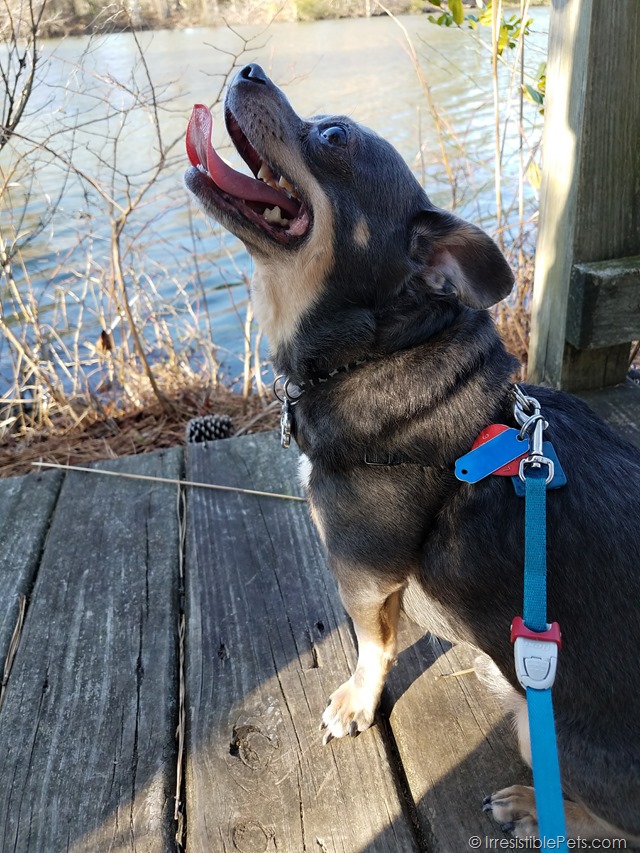 It started to get pretty hot after awhile and we were all ready to call it quits. By this point even the baby was over it! We stopped for a water break before heading back to the truck. I never travel anywhere without Chuy’s collapsible water bowl. 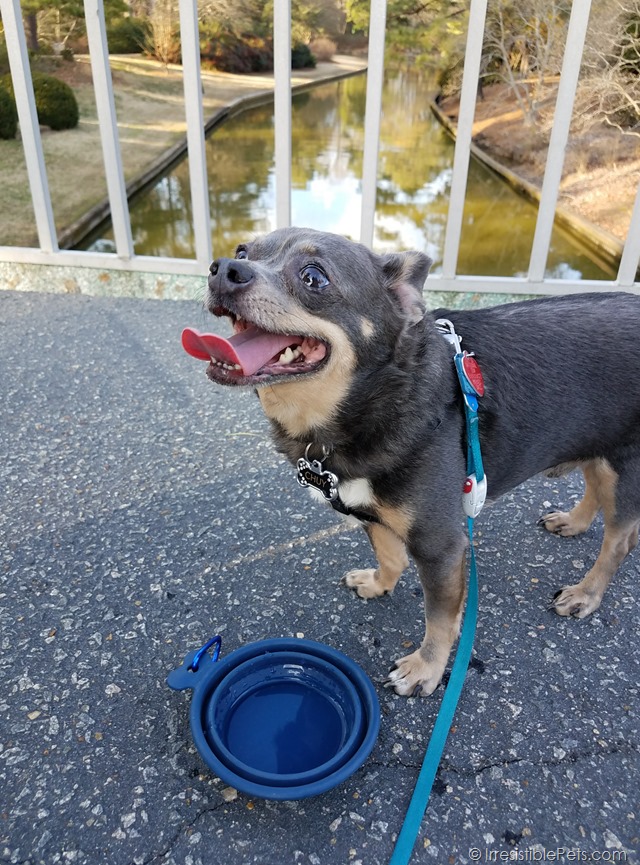 After the garden we headed back home to Virginia Beach and took a detour by the oceanfront. There was a beached whale that had been killed by a ship (so sad).  This is actually the 3rd whale to wash ashore in the last 2 weeks. It has been all over the news so there was quite a crowd there. 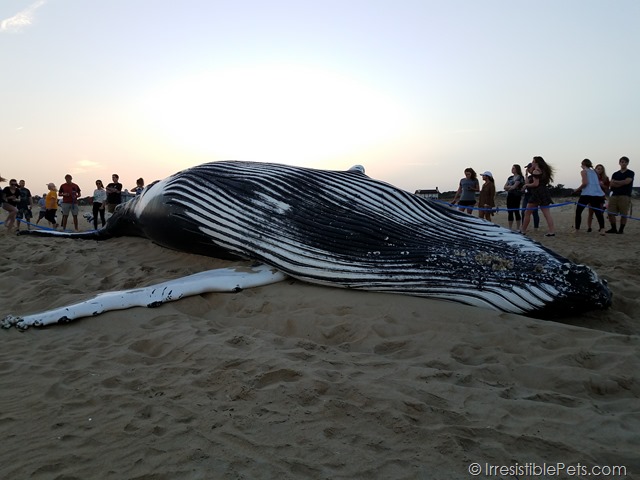 As we were leaving the beach, we noticed that Chuy was starting to limp a little bit. I figured he was starting to have another IVDD episode. I picked him up and carried him for the remainder of our walk. 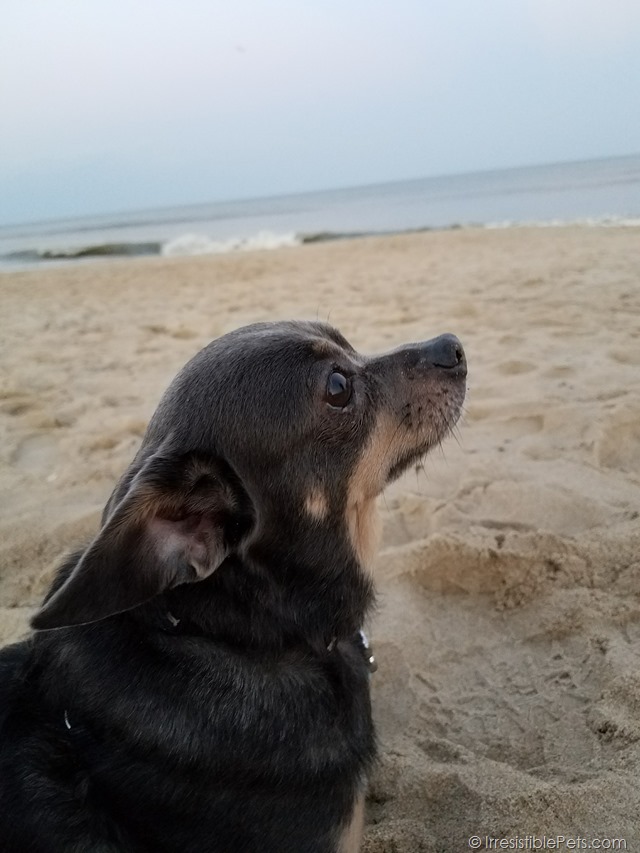 Later that night he was having a really hard time putting any pressure on his front right foot. He almost fell over a few times each time he tried to stand on it. I took him to the emergency vet to see what was going on. Long story short, they don’t know what’s actually wrong. The vet said it could be IVDD showing up in his neck but I don’t think that’s the case. I know how he gets during one of those episodes and he was showing NONE of the usual symptoms. 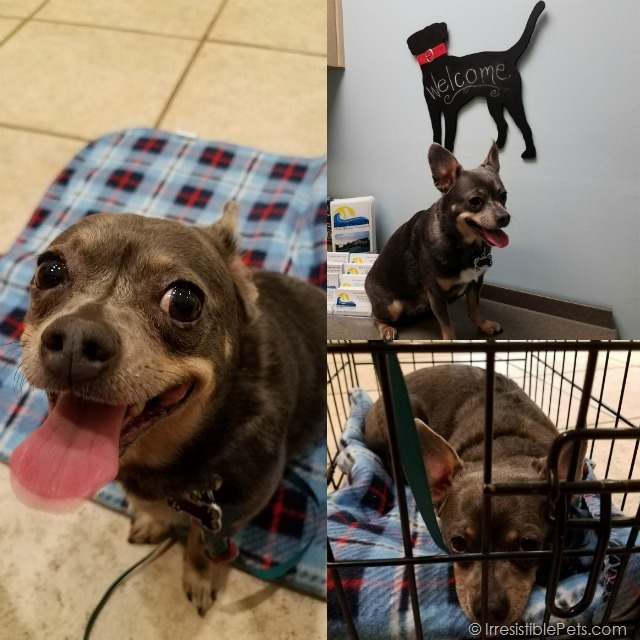 My theory is that he hurt his foot somehow while walking. After asking the vet to re-exam him, it appeared that he was in a lot of pain when pressing on his nail bed. It looked a little bit red and inflamed.  We’ve been soaking his foot daily and giving him Metacam, an anti-inflammatory which will cover IVDD and any issues with his foot. It’s frustrating because we don’t have a solid answer!

Chuy has been resting all week.He has a slight limp at times but he’s definitely doing much better. He’ll be ready for another adventure any day now!

What plans do you have for the weekend? Let us know down in the comments.